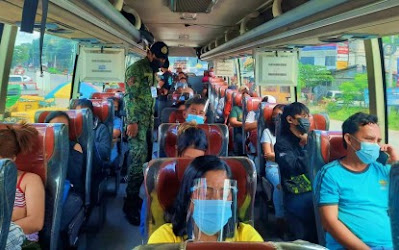 PIKIT, North Cotabato – Police authorities have intensified their campaign against lawlessness and terrorism here and nearby towns after separate attacks in the towns of Aleosan and Pikit earlier this week.

Tayong said extortion is eyed as the possible motive in the bombing of Mindanao Star bus on Tuesday that killed a 5-year-old boy and injured six others, including other children aged 5-months-old and 3-year-old in Aleosan, North Cotabato.

On Thursday, police personnel have been placed on heightened alert status after a joint Army-police checkpoint in Barangay Poblacion was subjected to twin grenade attacks on Wednesday night.

“All our police forces, including military and force multipliers, are on double alert status,” Tayong said.

“Nobody was hurt in the twin grenade attacks that came at past 8 p.m.” he added.

Tayong clarified that the murder on Wednesday morning of Samsudin P. Masulot, a councilman of remote Barangay Gokutan, was not related to the police raid in the same village that left six persons dead and the recovery of 440 stolen motorcycles and high powered guns on Dec. 29, 2021.

A gunman flagged down the motorbike of Masulot in Barangay Balatican at 9 a.m. and shot him with a .45-caliber pistol.

“That was a wrongful accusation,” he said.

Tagum said Masulot was an advocate of peace and development program in the village and was commended several times by government and non-government organizations for his dedication.

“Kagawad Masulot is one of the prime movers of peace in Gokotan, Pikit, but he was ruthlessly killed by the desperate criminals to continue their nefarious activities,” he said.

The North Cotabato police office has asked the public, especially the passengers, to help prevent bombings by alerting police or the bus driver should they notice something unusual inside the public transport vehicle. (PNA)