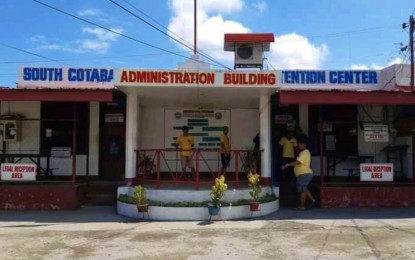 In an interview, Lorey Celeste, acting provincial jail warden, said the result was based on the random drug test on 48 of the 1,544 persons deprived of liberty (PDLs) at the SCRDC on Wednesday.

To monitor their movements, the drug-positive inmates were moved to a single cell together with two companions found positive for drug use last year.

“We are investigating the inmates who are now being kept safe at cell number 14,” Celeste said.

The inmates were subjected to a random drug test following the operation greyhound at the facility that yielded 58 prohibited items on Tuesday comprising 25 touch screen mobile phones, 15 improvised knives, and 11 improvised ice picks.

Celeste said drug traffickers are using inmates as their cohorts to sneak illegal drugs into the provincial jail.

He said they have identified PDLs acting as accomplices or “runners” of illegal drug traffickers inside the jail facility.

“To prevent them from communicating with their supplier outside the premises eight inmates were placed in a separate cell,” Celeste said.

Celeste said roving guards intercepted the shabu drugs that were put inside a lady’s wallet wrapped with packing tape and thrown from outside the high fence of SCRDC that day.

Last December 25, he said they also intercepted eight jumbo packs of suspected shabu thrown from the outside of SCRDC. (PNA)