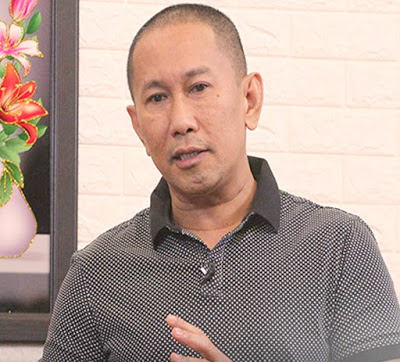 COTABATO CITY – Maguindanao Congressman Esmael “Toto” Mangudadatu is pushing for the mandatory opening of Islamic cemeteries in all communities in the country with sizeable Muslim population to squarely address age-old controversies arising from lack of facilities for swift burial of their departed members.

Rep. Mangudadatu, representing the second district of Maguindanao, has filed   a bill “requiring all local government units (LGUs) in the Philippines to allocate suitable land spaces for establishment of public cemeteries for Muslim Filipinos, providing some guidelines and for other purposes.”

He filed the enabling bill shortly after he attended the symbolic inaugural opening the P49.3-milliion Islamic Cemetery and Cultural Hall in San Andres District by Manila Mayor Francisco “Isko Moreno” Damagoso and Vice Mayor Honey Lacuna alongside prominent Muslim dignitaries in the premiere city and across the country. (Read a separate story on the Islamic cemetery inauguration.)

Beverly Ballitoc, Mangudadatu’s legislative staff, said the measure has long been crafted by her boss following consultations with legal luminaries and Islamic clerics alongside the National Commission on Muslim Filipinos (NCMF).

The bill crafting took a cue from Cotabato-based journalists, who visited him in early 2020 and inspired him to look into possible replication to a national scope of a regional law requiring LGUs in the defunct Autonomous Region in Muslim Mindanao). The local law was authored by the lawmaker’s younger sibling, former ARMM Assemblyman and now Bangsamoro Parliament Member Khadafeh “Toy” Mangudadatu.

In his bill’s explanatory note, Rep. Mangudadatu underscored the need for LGUs in the country with sizeable Muslim residents to provide areas for the establishment of Islamic graveyards to end perennial tussles arising between LGUs and their Muslim residents in incidents of burying cadavers in accordance with Islamic faith and mandates.

“The Muslim communities in the country used to be concentrated in Mindanao and some areas in the Visayas and Palawan. However, due to various reasons, there came about a Muslim diaspora in the country that has resulted in the rise of Filipino Muslim population and communities in almost all parts of the Philippines,” he said.

“With this diaspora, the Muslim settlers brought with them not only their trade and skills, but also their culture and religious beliefs and practices, among them their strong adherence to the practice of burying their dead in less than twenty-four (24) hours upon demise in a place that is dedicated to exclusively host the body of departed Muslims,” he added.

Mangudadatu said his bill is pursuant to Section 11, Article II and Section 5, Article III of the 1987 Constitution, which prescribe for promotion of the dignity of every human person and guarantees full respect for human rights regardless of their religious beliefs.

“To reaffirm its commitment to promote and protect the dignity and health of every Filipino, the national government continues to pursue and implement programs, projects and activities that promote the dignity of its citizens and are responsive to the health and sanitation needs of the people, especially those among the marginalized and vulnerable sectors,” Mangudadatu said.

He added:” In preserving the health and dignity of its citizens and their free exercise of religious practices without discrimination or preference, the government undertakes to strengthen Presidential Decree No. 856, otherwise known as the Sanitation Code of the Philippines, through the establishment of public cemeteries that shall cater to the Muslim population of the country as all Filipinos have the right to worship and to bury their loved ones…”

“This is a step to help all our brothers and sisters here in the Philippines who want to be buried in accordance with the teachings of the Qur ‘an and as an active recognition of our government in the culture, belief, and contribution of the Filipino Muslims to strengthening our country,” Mangudadatu said of his bill.

He urged stakeholders “help me to pray to Allah (swt) that this proposal of ours will be immediately approved and completely legalized, in shaaAllah.”  (AGM)