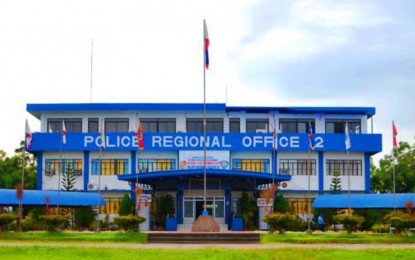 KORONADAL CITY – The Police Regional Office (PRO) 12 (Soccsksargen) has called on gun owners and enthusiasts to cooperate with the implementation of the election gun ban as strict police checkpoints will be set up across the region.

In a statement Saturday, Brig. Gen. Alexander Tagum, PRO-12 director, said he has issued an order to police field units to arrest violators of the nationwide gun ban to be implemented from January 9 to June 8 this year.

“I am also directing all police field and station commanders in Soccsksargen to check crime-prone and dangerous areas and intensify their foot patrol and mobile operations,” Tagum said. “The PRO-12 urges all gun owners and enthusiasts to abide by the implementation of the gun ban (so) as to avoid facing the consequences of their actions.”

The implementation of the nationwide gun ban, through Commission on Elections Resolution 10728, was approved on Nov. 10, 2021, in connection with the May 9, 2022 national and local polls.

The resolution prohibits licensed gun owners to bring or transport their firearms outside their homes unless they were given an exemption by the Comelec after reviewing their applications.

Gun owners and enthusiasts can apply for exemption until May 25.

Uniformed personnel of the Philippine National Police, the Armed Forces of the Philippines, and other law enforcement agencies are the only ones allowed to carry firearms outside their residence during the election period.