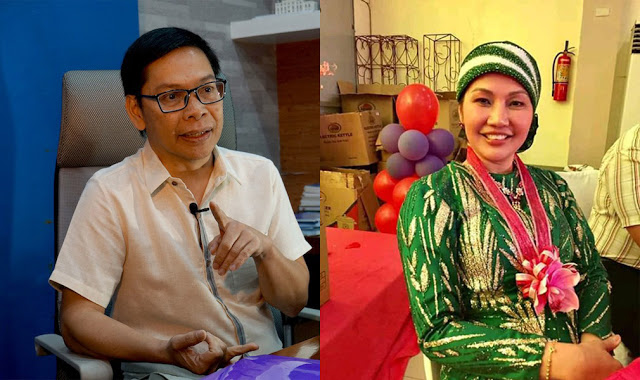 COTABATO CITY – Confusion runs high in the municipality of Talitay, Maguindanao amid the rule of two “caretaker-mayors,’ one appointed by the provincial governor and another recognized by the Bangsamoro government’s Ministry of Interior and Local  Government (MILG) under the law on succession.

The controversy has naturally evolved into a head-on collision between Maguindanao lady Governor Mariam Sangki-Mangudadatu and MILG Minister Naguib Sinarimbo.

Gov. Mangudadatu installed Talitay town councilor Fahad Midtimbang “caretaker-mayor” on May 17 after a number of incidents leading to vacancies in the mayoral post.

Midtimbang is an ex-officio member of the Talitay Sangguniang Bayan (SB) in his being the president of the Association of Barangay Chairpersons (ABC) in the town.

The governor ostensibly defied an earlier decision by the MILG recognizing the succession of Moner Sabal, the town SB’s Number One elected member, to the vice mayor post and later to the mayoral slot.

In the chain of vacuum-creating incidents, Councilor Moner Sabal assumed the vice mayor post when occupant Vice Mayor Montasir Sabal assumed the mayoral position after his brother Mayor Allan Sabal was assassinated in a hotel in Manila last year.

The lady governor held a video-recorded press conference after installing ABC president Midtimbang as “caretaker-mayor.” In the video, which some supporters posted in Facebook pages, she manifested defiance of the MILG stance to the extent of calling Minister Sinarimbo, a lawyer, as “abugago.”

In a press conference on Wednesday, June 9 here, Minister Sinarimbo answered politely when asked about his take in the action and lamentation of the lady governor. Supporters said Sinarimbo is a “refined Bangsamoro professional” adhering to Muslim culture and tradition in avoiding irritant clash with female critics.

Sinarimbo pointed out that he or his ministry has no personal bias among politicians in Talitay, and was just carrying out what the LGC and other pertinent laws prescribe in cases of succession.

Designations outside the mandate of the LGC and pertinent laws are deemed illegal, Sinarimbo said, referring to the governor’s installation of a non-elected member of the Talitay town legislature as “illegal” and cannot be recognized by the MILG or the Department of Interior of Local Government.

The debate over the emergence of the governor-designated “caretaker” and an MILG-recognized mayoral successor was the latest of irritating tussles pitting the office of the governor against other official entities in Maguindanao.

One of the earlier tussles stemmed from an alleged order by the office of the governor for elected board members to vacate their offices and give way to the occupancy by personnel of a provincial service department. Board Member Jazzer Mangudadatu, a nephew of the governor, had complained of alleged “forceful” implementation of the order.

The office of the governor has also drawn later a complaint from the municipal government of Buluan, Maguindanao’s present capitol seat, lamenting a purported gubernatorial order for the mass cutting of years-old trees along the national highway of the town.

Buluan Mayor Babydats Mangudadatu, also a nephew of the governor, and his Sangguniang Bayan have petitioned for sanction from the BARMM government and national authorities, including the DPWH, the DENR , the DILG and even the Office of the President. (AGM)