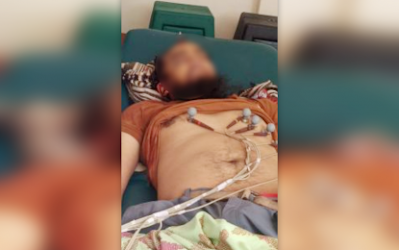 COTABATO CITY – Soldiers under the military-led Joint Task Force Central (JTFC) neutralized the alleged spokesperson of the Islamic State of Iraq and Syria for East Asia (ISIS-EA) during a special operation in Maguindanao, the military said Tuesday.

Tagged as the spokesperson of ISIS-East Asia, Alimuden was neutralized by state forces during an operation on Monday afternoon in Barangay Poblacion, Datu Saudi Ampatuan.

“Aside from being the spokesperson of the ISIS-EA, Abu Huzaifah was also in charge of the financial transactions of the Dawlah Islamiya (DI)-Philippines to the ISIS Central,” Rosario said, citing intelligence reports.

The operation against Alimuden was carried out a week after the JTFC conducted air and ground assaults on ISIS-inspired DI terrorists in Datu Salibo town, next to Datu Saudi Ampatuan where he was killed.

According to the military, Alimuden had been disguising himself as Ustadz Abdulfattah Omar Abdulmaguid, a 32-year-old businessman residing in Talayan town, Maguindanao. (PNA)